In an age of wiretaps and instant communication, this Chantilly firm looks to grow 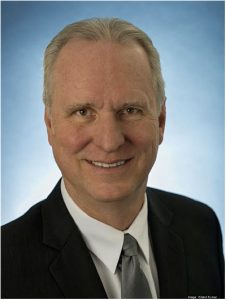 Bock was working for intelligence and technology firm SS8 on the day of the Sept. 11 terrorist attacks, and drove into New York City to get to its Manhattan office. Along the way he saw the smoke rising from the World Trade Center, and he decided he wanted to do more to stop criminals.

A year later Bock founded Subsentio, which provides the technology and legal expertise to place lawfully-obtained wiretaps and court ordered data and records collection requests on suspects and investigation targets. In an age of charges and counter-charges about surveillance and wiretaps, Bock repeatedly stresses the legal nature of their technology.

“Sure, we are in it for profit, and we are in it to make money,” Bock said. “But we have built this company around law enforcement, and to help them catch the bad guy.”

That could include wiretaps for active investigation, orders by a judge to collect phone records or text messages, and even copyright notices — which Subsentio stresses are all obligations it balances with the right to privacy and to make sure they pass legal muster (like having the correct forms filled out and signed). Subsentio can’t, for example, listen in on people or read private data.

The heart of their work lies in the mandate that telecommunications companies and internet providers must provide specific services to law enforcement agencies to aid in their investigations. Subsentio helps companies fulfill that mandate by offering technology and services that allow for nearly real-time data collection and wiretaps, along with other compliance services.

“Speed is important. If someone is undercover and something happens we need to be able to tell them to get them out,” Bock said.

Bock has surrounded himself with former law enforcement officials too, including Chief Technology Officer Marcus Thomas, a former FBI assistant director, Chief Security Officer Todd McDermott, a former officer in the Royal Canadian Mounted Police, and Joel Margolis, who has served in the Drug Enforcement Administration and Justice Department.

Subsentio was founded in Bock’s extra bedroom and is now one of the largest independent providers of lawful intercept services in the country. The growth is mainly due to its acquisition of Sterling-based NeuStar’s lawful intercept business, which Subsentio purchased for an undisclosed amount.

That purchase drove the number of customers to more than 300, and made them one of the top operators in the country, according to Bock. It was a “real game-changer,” he said.

Now the bulk of the company’s operations are out of a nondescript office in Chantilly, and Subsentio has about 25 employees and close to a dozen contractors. It plans to hire a few more employees to flesh out operations but Bock declined to specify a number.

Ultimately Subsentio hopes to garner a larger share of the growing lawful interception market, which is expected to grow to $2.1 billion by 2020, according to an Alllied Market Research report. While the market is relatively small it is growing fast, about 20.8 percent year-over-year, the report stated.

The company has made a series of moves in recent months, including announcing a partnership in February with Sonus Networks Inc., a provider cloud communications services, to put Subsentio technology on its platform. Sonus reported revenue of $252.6 million in 2016, which means it’s a big opportunity for the Chantilly firm.

Subsentio is also pushing into international markets, having received government approval to start providing services to a European customer. The company currently offers services in Australia too, and is interested in continuing to grow outside the United States.

One big challenge for Subsentio is connecting with and providing services to the rapidly growing number of cloud-based communication service providers — the type of business that can now be set up in a matter of hours — and keeping those companies in compliance with the law.

And since the legislation under which Subsentio operates was first written in 1994, it is more challenging than ever to make sure it provides law enforcement with the support it needs given the ever-expanding volume of data passing through the phone.

“Our challenge is how to get ahead of that problem. How do we do wiretaps for future technology?” Bock said. “That will keep us very busy for many years.”

Copyright © Subsentio, LLC. 2022 All Rights Reserved. No part of this website may be reproduced without Subsentio’s express consent.